July 13th, 2021 - Bedouin millionaire Yaakub Abu-al-Qian found passing information to Iran. He was found to be in contact with Lebanese-Iraqi operatives and Iranian intelligence agents. Gathering information for attacks on Israel Hyderal-Mashhadini . Qian supported the Telem party of Moshe Ya'alon and a key activist for the Ra'am party in the Negev. This was under a gag order. How many more go unknown ? 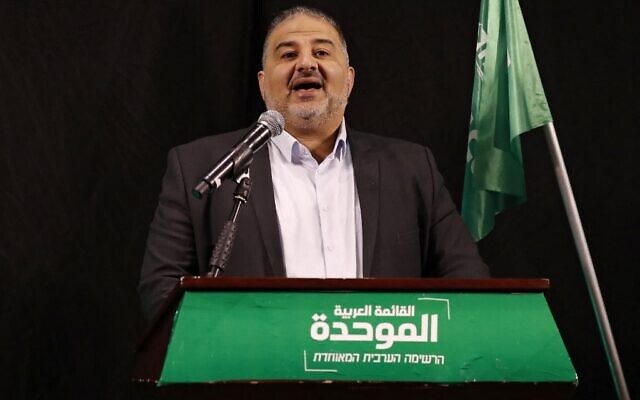 April 1, 2021 - In a rare primetime address in Hebrew, Ra’am party chairman Mansour Abbas called for Arab-Jewish cooperation in Israel, in a pitch to Jewish parties not to boycott his conservative Islamist party from joining the next government.

“That which unites us all is greater than what divides us,” Abbas said in the speech in Nazareth.  The Islamist politician defined himself as a Muslim an Arab, and an Israeli citizen. “My name is Mansour Abbas, a proud Muslim and Arab, and a citizen of the state of Israel. I am the leader of the largest and most senior movement in Arab society,” said Abbas, referencing the Islamic Movement in Israel, with which Ra’am is associated.

Jan 5, 2019 - 10 years in Israel Gov't , Arab MK Zoabi, veteran Arab lawmaker Hanin Zoabi, who called for the dissolution of the state of Israel and sailed on the Mavi Marmara in bid to break Israel’s security blockade of Gaza. After retiring Zoabi said she would continue to work for the things she believes in, stating she would “strengthen Balad’s model for a stronger Palestinian generation and a more determined struggle, with a belief that justice will be done.”

Zoabi has raised fury in the past with comments in support of the Gaza terror group Hamas, her labeling of IDF soldiers as “murderers” and other similar rhetoric. 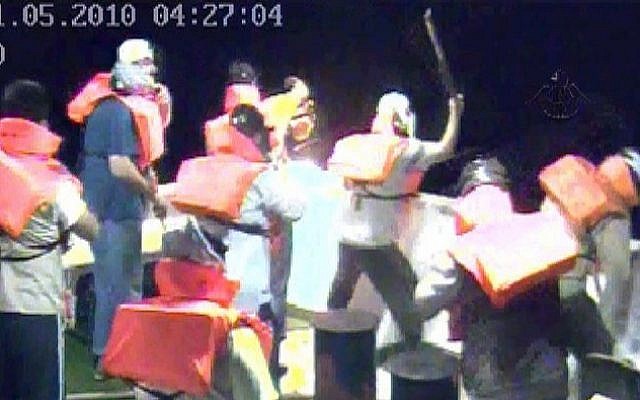 Footage from the Mavi Marmara security cameras shows the activists on board as they prepare to attack incoming IDF soldiers on May 31, 2010. (photo credit: IDF Spokesperson/Flash90)

She participated in the 2010 bid by a convoy of vessels, including the Mavi Marmara, that sought to break the Israeli security blockade on the Hamas-run Gaza Strip, vowed to participate in future such efforts, and called the Israeli soldiers who blocked the flotilla “murderers.” Ten activists were killed in violence aboard the Marmara when they attacked Israeli troops who boarded the vessel. Israel maintains the blockade to prevent Hamas, an Islamist terror group that seeks to destroy Israel, from importing weaponry.

August 2018 - Hadashot news reported that lawmakers from the Joint (Arab) List, Palestinian ambassador to the UN Riyad Mansour, and other senior Palestinian officials were attempting to convince the UN to advance a resolution next month at the UN General Assembly that likens the quasi-constitutional legislation — which enshrines Israel’s status as a Jewish state — to apartheid.

Israeli diplomats reportedly discovered that several Arab Knesset members, including lawmakers Aida Touma-Sliman and Yousef Jabareen, met recently with senior UN officials, including UN Under-Secretary-General for Political Affairs Rosemary DiCarlo, to discuss the nation-state law. They are seeking to claim in a UN resolution that the legislation is reminiscent of apartheid laws, and hope to gain support for international condemnation of Israel, the report said.

The ceremony, which was broadcast on official PA TV, was translated by the Palestinian Media Watch research organization, which presented the translated video on its website.

“In the history of the peoples and their battles, the Palestinian shahid (martyr) is the height of glory,” Tibi said. “There is no higher value than death for the sake of Allah. The martyr is the one who breaks through and with his blood draws the journey to freedom and liberation.”

“The shahid is a symbol of the homeland,” he added. “I want to offer my blessings to the thousands of martyrs in the homeland and in exile, and congratulations to our and your shahids inside the Green Line, those whom the occupier wants to refer to as terrorists while we say that there is nothing higher than those who die for the homeland. That occupier is the real terrorist and in Israel he is considered a hero or a cabinet minister.”

The term “shahid” in Islam is used for a person who died for Allah, and in the PA that term is used to describe the terrorists who committed suicide attacks against Israelis.

Tibi, a former gynecologist and a longtime aide to PLO founder Yasser Arafat, has a long history of statements against the State of Israel, despite the fact that he serves as an elected member of its parliament.

In September, he went to New York to be a part of the Palestinian Authority’s delegation to the United Nations when it presented its unilateral statehood bid.

He also recently proposed an amendment to Israel's Basic Laws that would proscribe Israeli residents in Judea and Samaria from serving on the Supreme Court.

A State Comptroller’s report recently revealed that Tibi’s Raam-Taal party used public taxpayer funding to pay for engraved plaques, which it awarded to six terrorists who took part in the assault on IDF soldiers on board the Mavi Marmara.

On Tuesday, the Knesset's Ethics Committee ruled that Tibi would be distanced from the Knesset plenum and committees for seven days.

The ban is Tibi's punishment for crude remarks he made regarding MK Anastassia Michaeli (Yisrael Beitenu) following the incident in which she intentionally spilled water on MK Raleb Majadle (Labor).

MK Tibi said in a one-minute speech to the plenum last week that MK Michaeli's "plumbing has gotten messed up,” adding that Michaeli "grew up in the manure rows of Yisrael Beitenu" and explaining that there was a logical progression from her so-called "Muezzin bill" that would limit the use of loudspeakers in minarets to the water incident, in which she "ran amok with a glass of water."

This was an excuse for him to play on the Hebrew word for "glass" and the word "amok" – which, uttered together, sound like a particularly vile Arabic curse.

In April 2018, Zoabi called for the State of Israel to be dissolved and replaced with either two states — one secular and one Palestinian, or one binational secular state

In May 2018, Zoabi was disciplined by the Ethics Committee when it slapped her with a one-week ban for accusing Israeli soldiers of “murdering” Palestinians.

In July 2014, the committee banned Zoabi for six months after she said that the killers of three Israeli teens were not terrorists. The Supreme Court rejected her appeal to overturn the suspension.