Religious Coercion In The Land of Israel 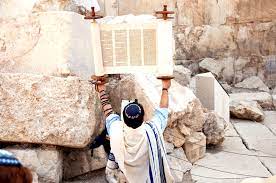 Should Jews implement religious rules as law in the land of Israel ? Shouldn't Religion and Politics be separate ? Wouldn't it be harmful to force religion thus causing it's repulsion ?

At the surface the arguments above sound reasonable. Yet Judaism is different - always was. We are not just a religion but a people with a creed from God to guide personal and national life. Since we have been in exile for so many centuries Judaism has been limping on one foot. It has been turned into a personal guide and it's national guide has been lost. But all is not lost. It is for that reason that the state of Israel is a process to re intimate our People, Land and Religion.

The breastplate was the conduit of communication for the nation to go out to war or any other national question. Kings ruled by the Torah the nation and has special commandments to carry a Sefer Torah with him at all times. Rules by the Torah governed the King's abilities to limit wives & horses. The shmita & Yovel governed the land and it's use nationally. It all goes without say, that the Sabbath, Holidays and personal Jewish laws were experienced on the streets of Israel nationwide.

So today when the question of Judaism to be imposed statewide arises. The answer is clearly yes. True coercion is generally not helpful. Yet on a national level Jewish law ensures and helps create the framework of which Jews live in.

It happens today on Yom Kippur where no driving is a law and now the secular Jews appreciate it. Swine and Pigs are outlawed to be raised on the holy land of Israel and favors little opposition for it's inherit feel of a Jewish state. In fact, there is nothing more important than the requirement of Jewish law without choice as is commanded to every Jew to be instituted nationally so that more and more our country is in line with Halacha as just a way of life.

Have you ever been to Tel Aviv on Pesah. It’s horrifying to see restaurants serving thousands of Jews Unleavened bread - the punishment of which is "karet" spiritual removal from the Jewish nation ! We are saving souls from "Karet" by implementing a law to disallow it. It is so hard to keep ? Not eating Bread for 8 days whether your forced not to, will eventually be recognized and appreciated by all and unifying our people and country for the future to come.
at December 28, 2009 No comments:

Email ThisBlogThis!Share to TwitterShare to FacebookShare to Pinterest
Labels: Judaism, Land of Israel

A Chronic Fear in Israel 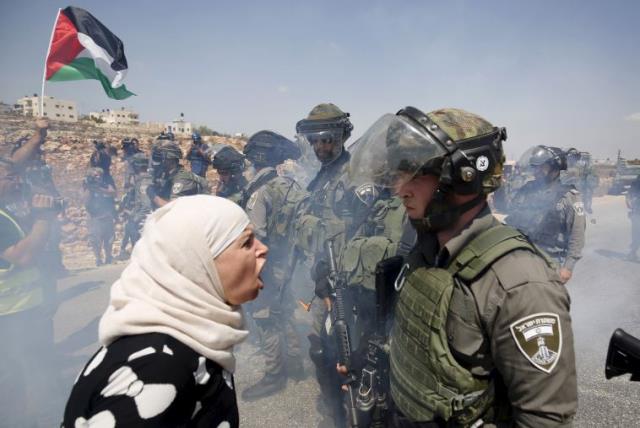 Yesterday 12/24/09 a father of seven Rabbi Meir Chai was killed in a drive by shooting attack near Shavei Shomron. Israeli Police dumbfounded by the several bullet holes riddling the car. His provocation: being a Jew. In March, two Jewish traffic policemen Yehezkel Ramazreger and David Rabinovitch were shot dead in the Jordan Valley. Their Crime: being Jewish. In April, 13 year old Shlomo Nativ was stabbed to death near his home in Bat Ayin. His crime: being a Jewish boy. These my friends are a taste of sacrifices of Jewish blood despite a NIS 2 Billion s spent on a security fence to keep them out, $50 million budget allocated to protecting settlements and NIS 50 billion national security budget to stave off the terrorism. All the while the poor in Israel go hungry and the tension rises to meet the 46% tax rate for an average salary earned in the US. The outrage continues. Does the average Jew know there are NIS 2 Million given to construct and renovate Arab Mosques in Israel. A proposed NIS 157 Million (a raise from 85 in 2009) for exclusive Arab construction in the land of Israel. A request to open a staggering 9,300 Arab classrooms while all of Israel's classroom budget is 2,850 in the next 2 years. Jews struggle to increase the level of education success among Arabs whom drastically bring down national levels. The outrage continues as Israel bows in sacrificing Jewish well being for Arabs. Arab tax collection rate is approx 20% compared to 65% in Jewish areas. The Arab Council of Municipalities - reports Haj "82% of Arab municipalities in Israel are ranked 1 -3 on a scale of 10 socioeconomically. The Israeli Ministry of Finance in 2010 dedicated an investment fund coming out of the PM's office dedicated to Arab businesses in Arab localities. The Israel Ministry of Trade plan 470 new Arab daycare centres in Arab cities to keep up with exploding Arab children population. All the while emboldened demands for a guarantee that Arab localities be included in Israel's priority map. Is this the Jewish state we escaped the Gentile Pogroms, Arab Massacres, and Nazi Holocaust for? Have we forgotten that while Jews contributed extraordinarily to every Gentile country, we were persecuted, expelled and killed. Now we the Jewish people remnants of the souls of Jewish persecution bow and acquiesce to Arab hostile takeover and Jewish sovereignty in the heartland of Israel Judea and Samaria. Emboldening, empowering and financing our enemies within to stay and grow at our expense and god forbid with their goal of our demise. Is it no wonder our Jewish youth are so confused ? Not because a key checkpoint was removed a week ago near Shavei Shomron did this occur, for that is only a symptom of a much larger ailment. Our ailment - we are scared to remove the Arabs from Israel. We the Jews are doing the most unnatural thing. Not only are we supporting and buttressing the next generation of enemies with education to fight us in the intellectual and political realm as we see in Haifa and other universities across the country, but that we are forcing them up to Jewish standards and forced assimilation rather than their natural integration with their Arab brothers in Jordan, Syria, Egypt, Lebanon, and a host of other Arab countries occupying 99% of the Middle East. Of course, if I were Arab, I would keep this hush and enjoy the bounty of hard work and sacrifice the Jews are affording Arabs in Israel unmatched by any Arab fellow country. This in light of historical facts that clearly wash away the hoax of a created "Palestinian people". The propaganda has worked so well even that even Jews of this generation believe it. What then can our youth the next generation believe in? Let us end this and quickly. Today's incident of Rabbi Meir Chai's loss of Life shot by another Arab is meant to invoke our outrage. I call upon the Jews of Judea and Samaria - Jews of all of Israel to go out and protest our outrageous government policies towards Arabs and demand the deportation of Arabs from Israel back to their Arab lands and end this charade.
at December 25, 2009 2 comments: